It was a 100 threads plan.
After testing I found it does not support Recaptcha at all, so asked for a refund on the same day: 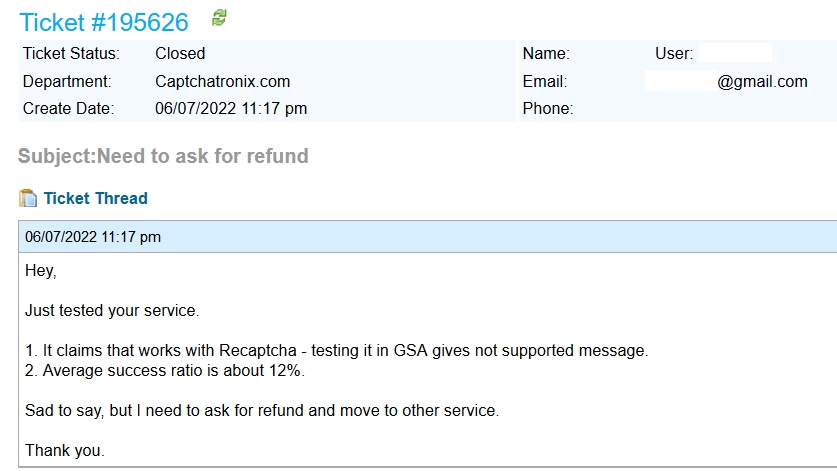 Was waiting for some time for support to respond - seems he ignores me. Later my tickets went in the "Closed" state:

Opened a case on Paypal - he ignoring Paypal's emails also. After opening a case my bought threads number on his site's dashboard went from 100 to 0.
The problem was described clearly to Paypal with screenshots - my case was closed to the scammer's favor. 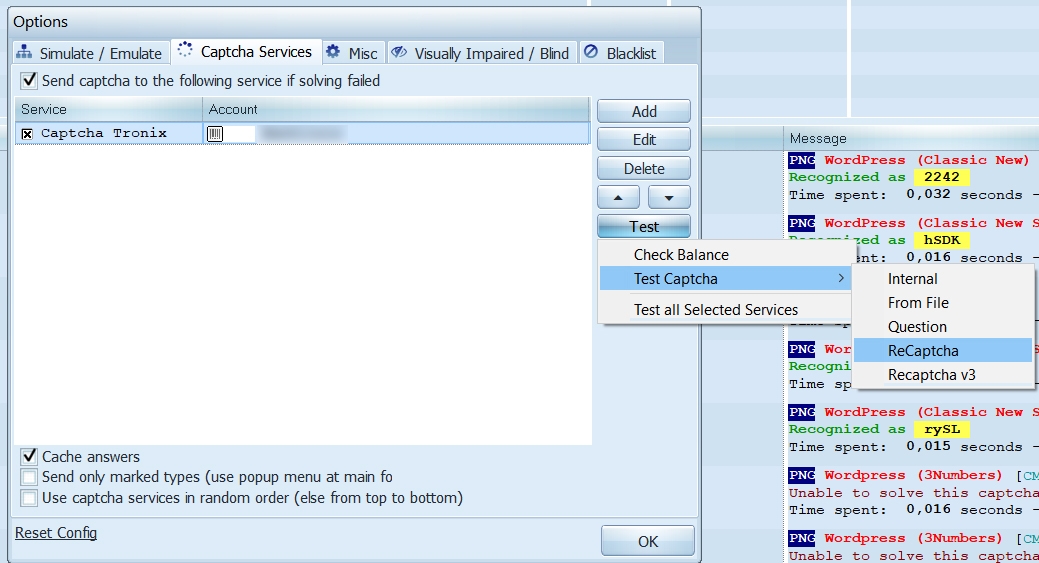 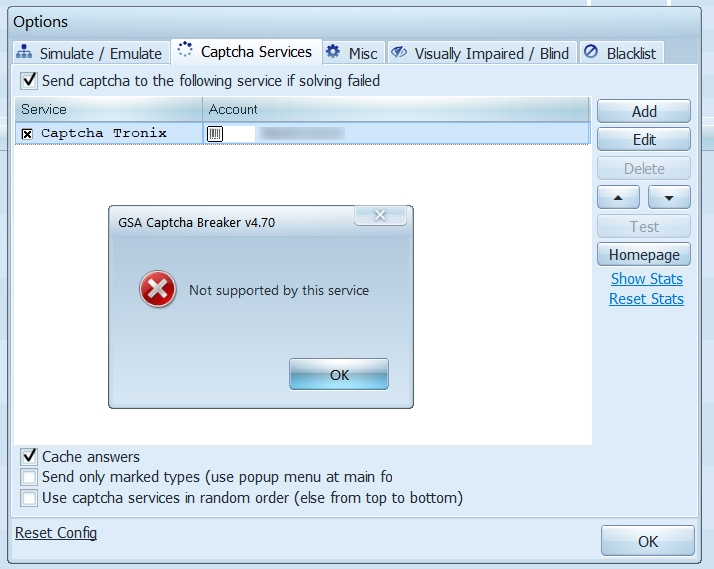